Part of a series of posts in which we write a voxel engine from scratch for Android.
Previously:
DevLog #001 – Let’s Build a Voxel Engine
DevLog #002 – Making the First Block

So we’ve talked about why chunks are important in #001, and we made blocks as efficient as possible in #002 using Draw-Call Batching and Texture Atlasing. Now we can start building a chunk, and filling it with blocks. You might remember that we’re storing blocks inside chunks using a Lookup-Table that simply contains 4096 short ints describing each block-type, and Blocklists, which store the x,y,z position of visible blocks so they can be batched into a 3D model.

Let’s assume we already have 1 Chunk in the world, and throw down some random blocks by filling the first 256 (16×16 blocks) elements of our Lookup-Table with random numbers, and then building a 3D model from that data… 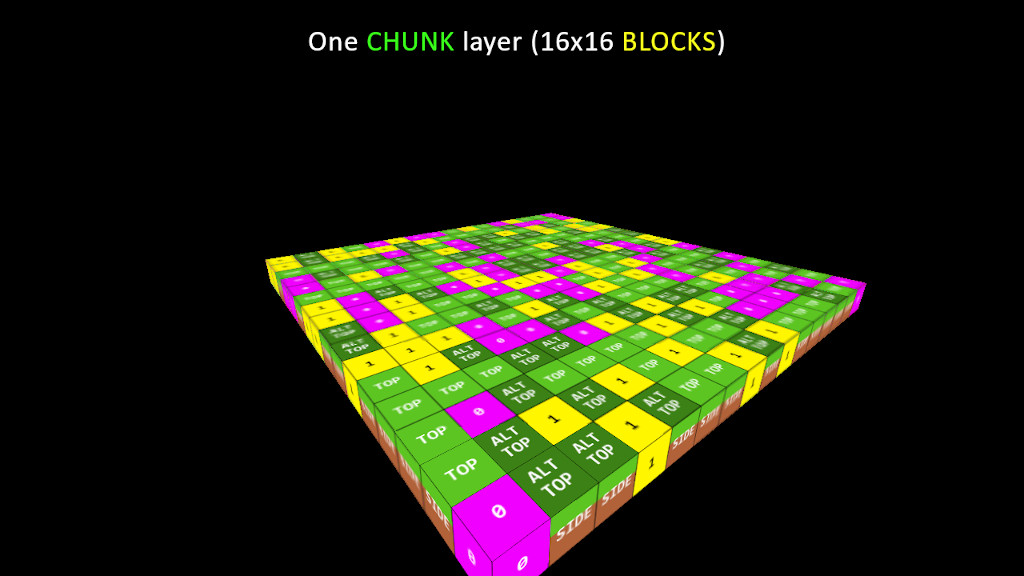 Success! We have the first layer of blocks in our chunk, which actually contains 16×16x16 blocks, or 4096 total – so we can add the rest by filling the rest of the Lookup-Table, and rebuilding the model. So the steps for building a chunk are.. 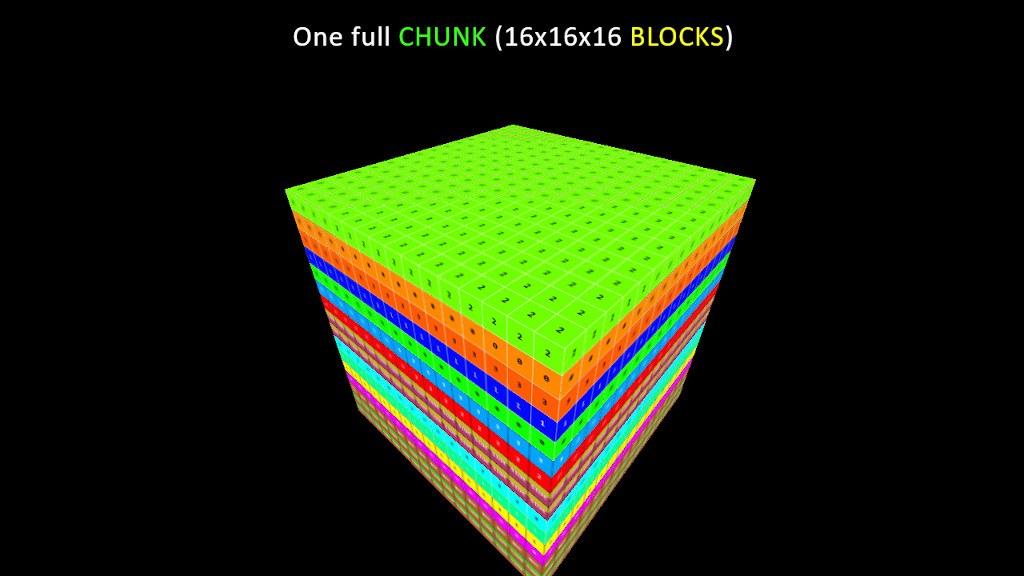 This time we’ve used a single block-type for each layer (for illustrative purposes) and filled the entire chunk with blocks. It still doesn’t look very exciting, and nothing like terrain so far, but we’ll be adding proper terrain later.

Something else is missing…

Because this is for mobile we’re going to use the simplest lighting model possible, namely directional vertex lighting with some linear fog. We’ll add more complex lighting much later, but for now, just a very basic shader will do the trick.. 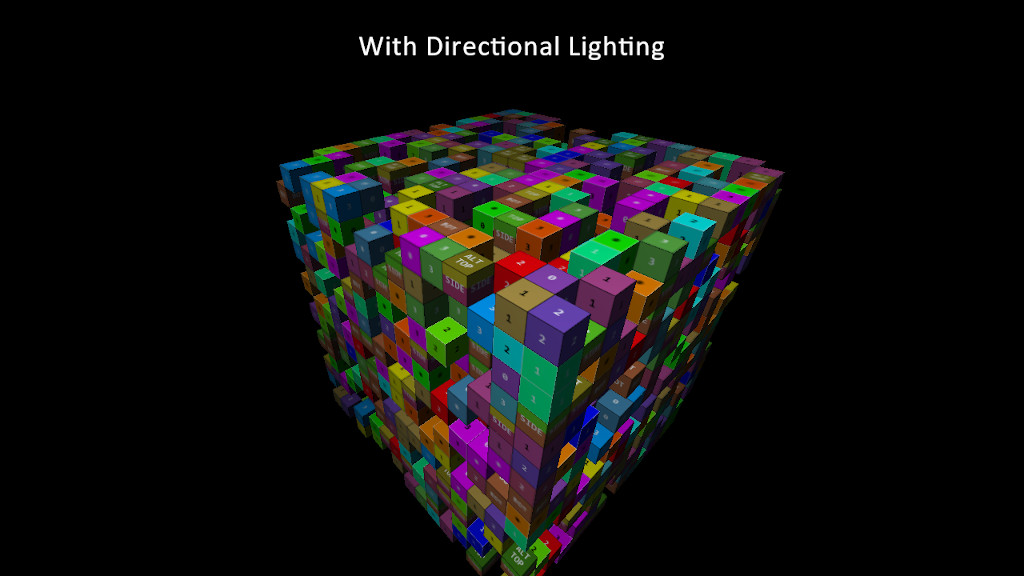 Voila! With some empty spaces to show off the lighting better, we now have something that looks a little more solid – but we can do much better than this. We can use the Lookup-Table to calculate some per-vertex (cheap & cheerful) Ambient Occlusion, which will cause neighboring blocks to cast some subtle shadows on each-other, and we can do this virtually for free by reducing the vertex normals toward zero for any occluded edges.

Since the lighting calculation uses the dot-product of the light/normal vectors, as long as we don’t go past zero (which would invert the normal direction), we can reduce the light each vertex receives to produce fake Ambient Occlusion without any cost to the GPU. 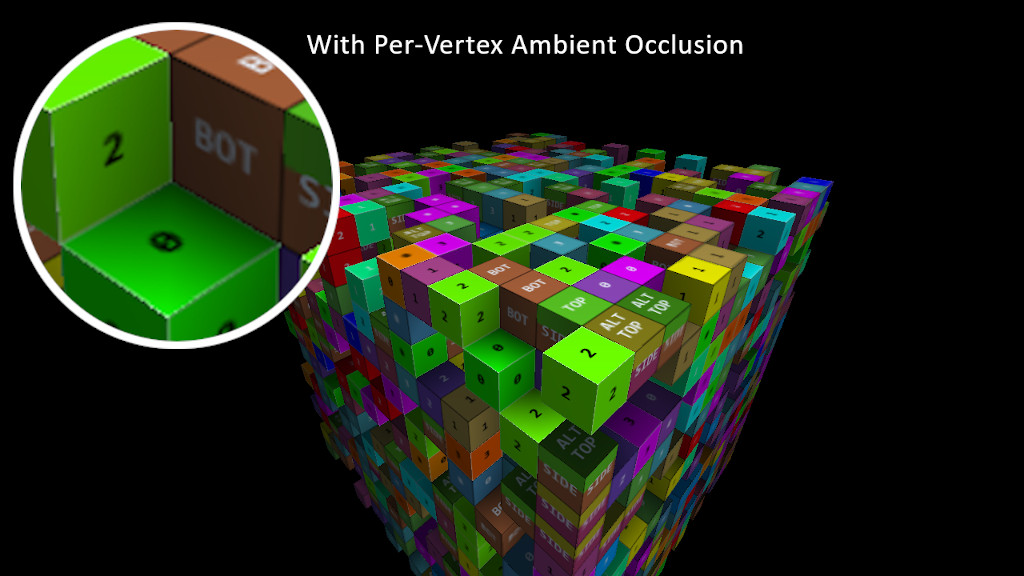 The effect is subtle here, but will make more sense with less randomness when we get to making actual terrain. You should notice a gradient in the lighting towards neighboring blocks, which should add some fidelity to our world later on.