Mazuna World is the first of our games to support a wide variety of Bluetooth gamepads, and even awards you an in-game trophy for connecting one – but if you’re still marking up your screen with cheeto dust and would prefer a proper controller, or even if you just want that extra trophy, we’re going to talk about how to connect a gamepad to your Android device and make some of those tricky challenge levels a bit easier. 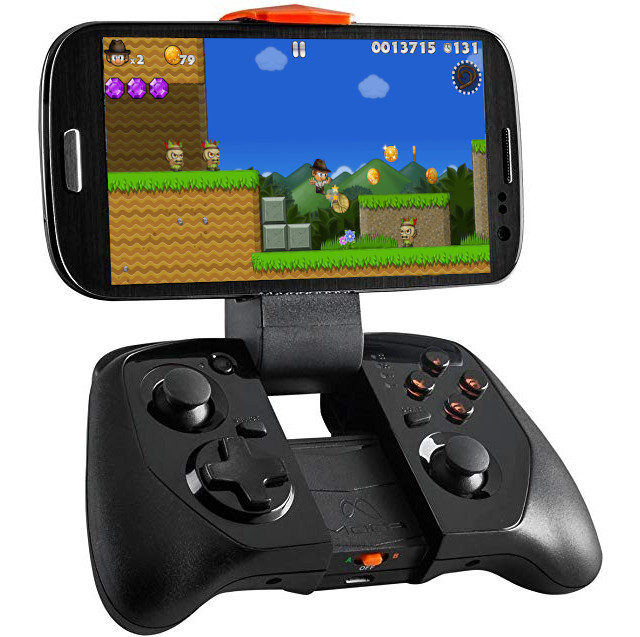 Some gamepads (like the Moga series) have 2 modes. Mazuna World supports Mode B, or HID compliant mode.

Step 1. Turn on the gamepad

All gamepads are different, but many have 2 modes available; the first allowing extended support for that particular controller, and a second “HID compliant” mode – this is the one we want. The light(s) should begin to flash, indicating that it’s ready to connect.

Step 2. Turn on Bluetooth on your Android Device

This can be enabled via the Bluetooth icon at the top of the screen, or via the settings menus. After a few seconds, your gamepad should appear in the list of available devices. Tap the device from the list to pair it with your phone or tablet.

If successful, it should say “Connected as Input Device” in the list, and the lights on your gamepad should stop blinking.

Although you can start the game before you connect a controller, it makes sense to do this last to avoid navigating away from the game. Mazuna World will recognise the gamepad as soon as you start using it, and an arrow will appear on in-game menus for navigation.

The on-screen controller will also fade-out, but you’re free to start using it again by touching the screen at any time.

Bonus: How to pair a PS4 Gamepad with your Android Device

If you don’t have an Android gamepad, you can actually pair a standard PS4 gamepad with your Android device, and Mazuna World supports this controller too! Pretty neat.

Step 1. Hold down the PS button and the SHARE button at the same time

The light on the back of the gamepad will flash white – this means it’s ready to pair.

Step 2. Turn on Bluetooth on your Android Device

Just like we did before, turn on Bluetooth and select “Wireless Controller” from the device list. It will say “Connected as Input Device” if successful, and the light on the back of the gamepad will turn solid white.

Mazuna World will recognize your PS4 controller and you can use it to control the game or navigate menus just like before. However, because the inputs are a little non-standard for this controller, to pause the game, you’ll have to push-down on R3 instead of pressing OPTIONS. This is a known bug, which we’ll fix in a future update!