In the last post we talked about getting the UI working, but in fact we’ve been working on much more than that – many of the gameplay elements are starting to come together; building and destroying blocks, player animations, and a working inventory. What started as a basic engine is starting to look like an actual game. 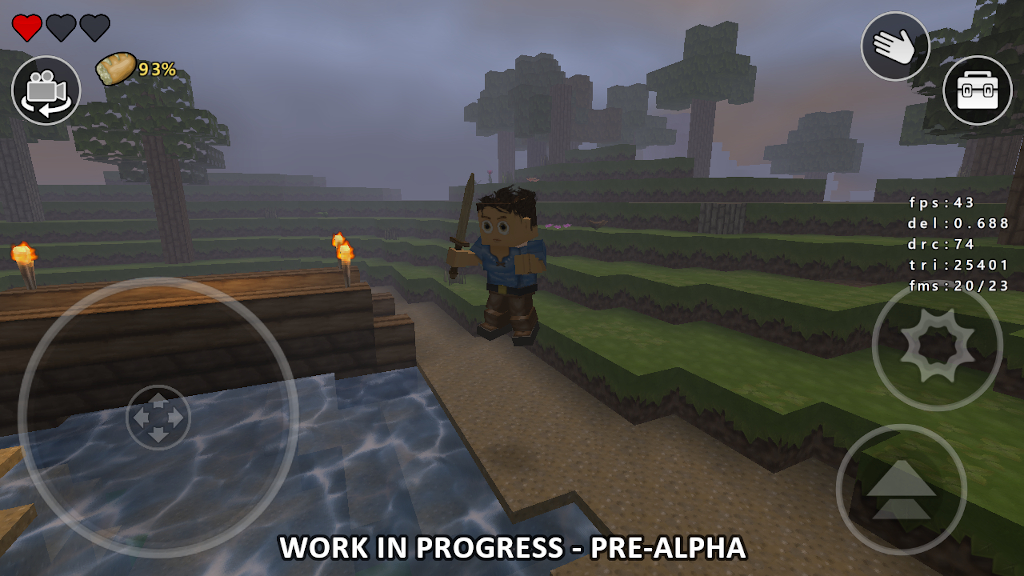 While suitably blocky, our player character will have fully customizable clothes and hairstyle.

The (as-yet untitled) game is still in very early stages, but now offers some basic exploration, which allows us to experiment with some simple building mechanics – although the available block types are still somewhat limited so far. It still feels like a big step-up from our previous posts about generating terrain and rendering chunks! 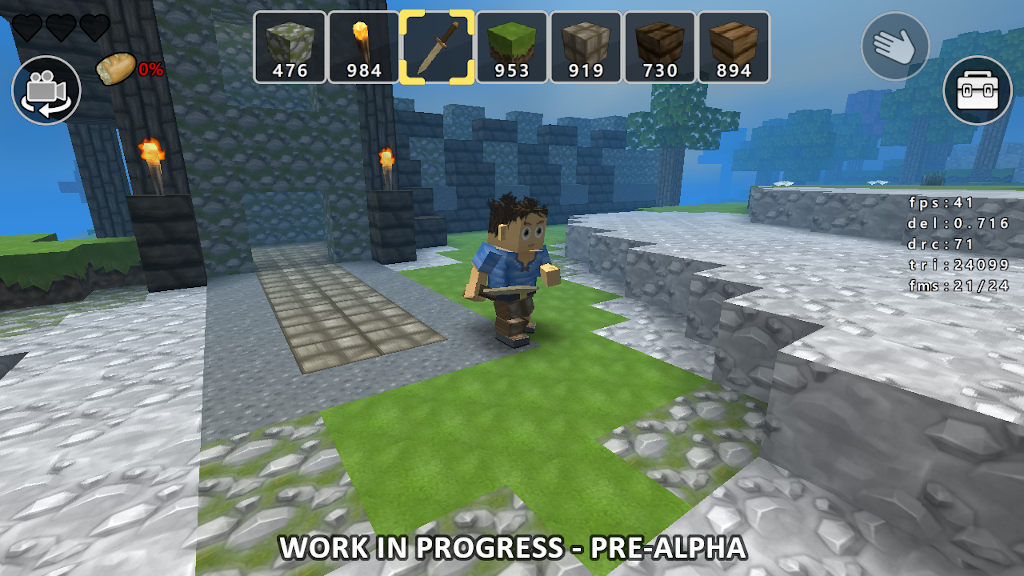 With building-controls still in early development, we’re able to make some basic structures like this tower, but there’s a lot of work to do in this regard.

As far as camera-modes go, we’ve added in a free-camera,  a fixed ‘behind-the-player’ camera, and of course, a first-person mode for an immersive experience. Dragging the screen will turn the camera, and an on-screen D-pad controls the player. 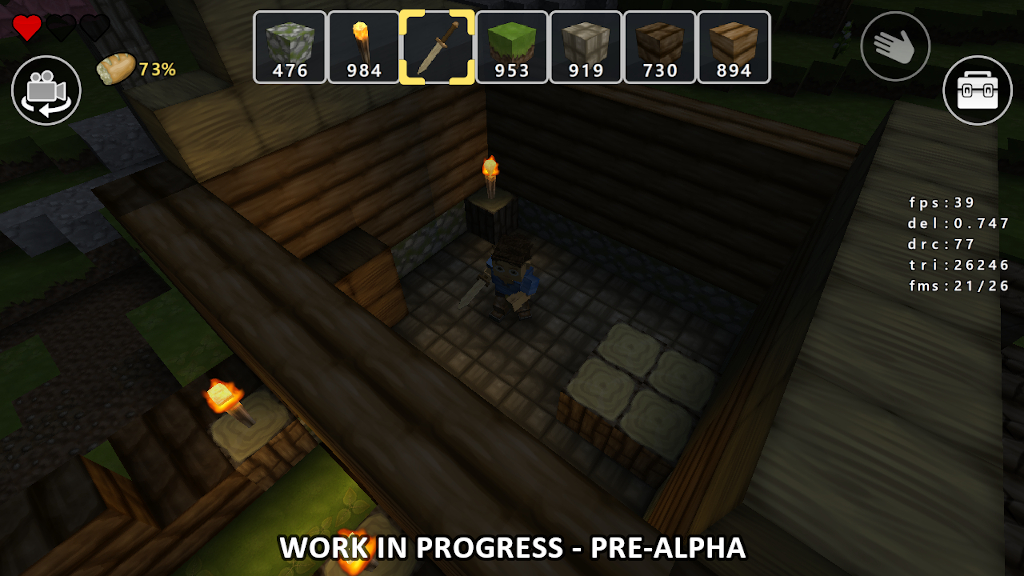 As night falls, you’ll want to retreat to a well-lit cabin, or.. just build one if you have the materials.

We talked about water in an earlier post, and we’ll go into more detail later – but a lot of work has already gone into making water blocks flow dynamically, and there’ll be plenty of focus on swimming  – because what good is water if you can’t get your sword wet? 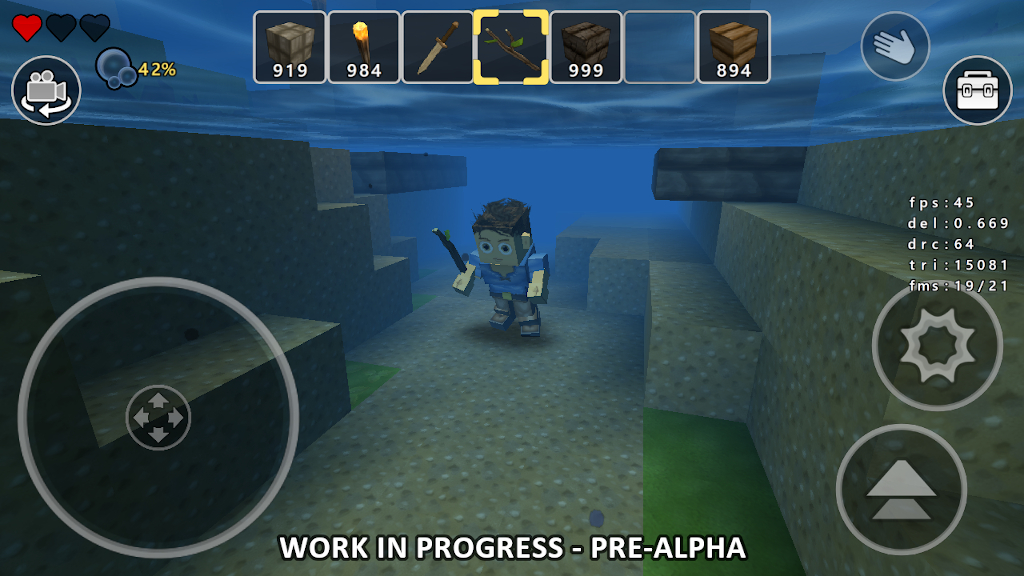 An early shot of our intrepid player looking perplexed by his underwater environment. Maybe he’s wondering why there are no fish yet.

As day turns to night, we can play around with the emissive light properties of certain blocks – currently only for torches, soon many blocks will emit coloured light to brighten up the world and make even the simplest of ruins look more interesting… 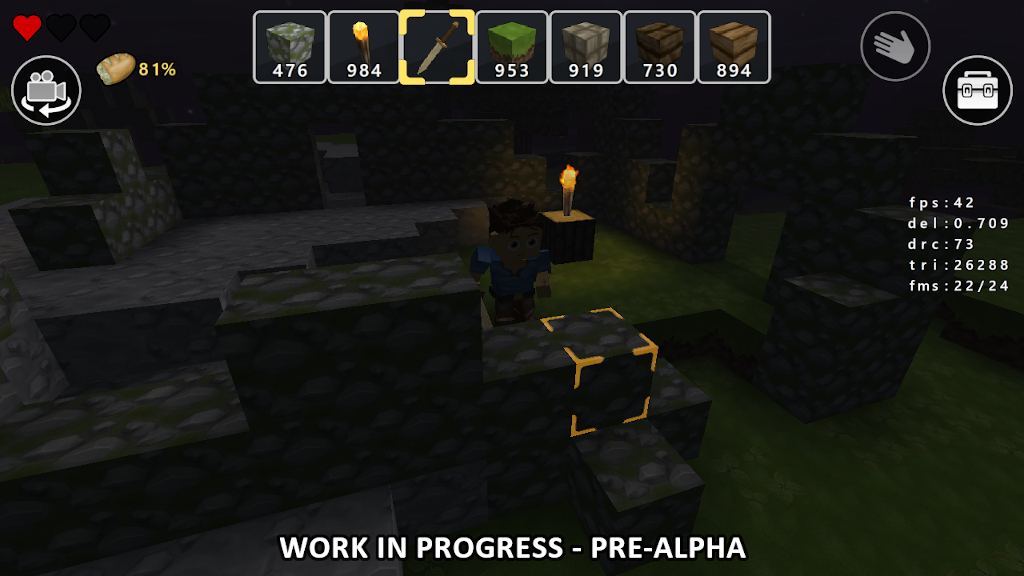 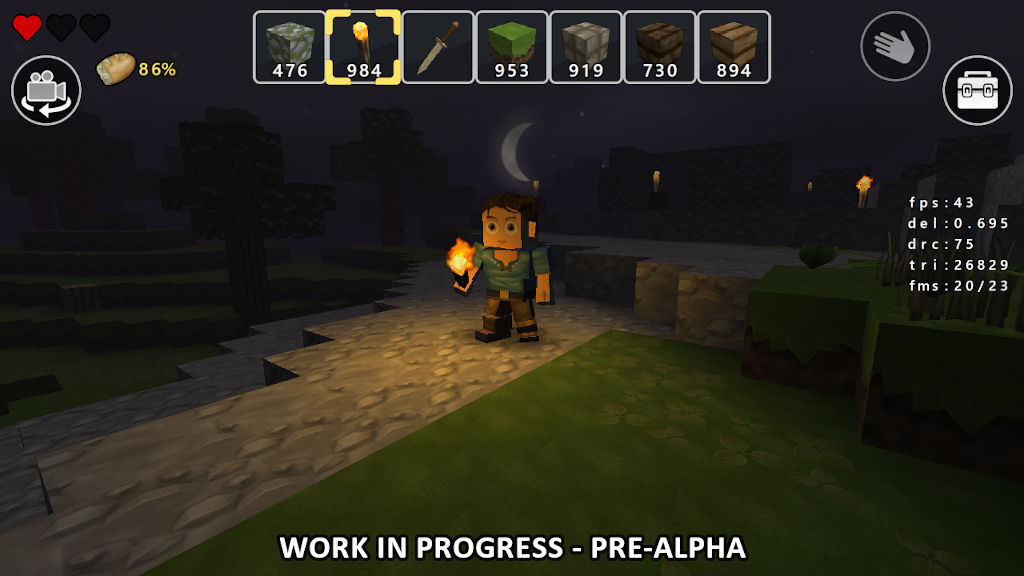 Torches can be placed or wielded, and eventually, used to set things on fire.

That’s all for this update, but there are many more things to talk about – including realistic tree-chopping, and water flow. We’ll cover those in a future devlog. We’ll also start posting some gameplay videos that will be exclusive to our Newsletter subscribers – so sign-up for that if you haven’t already!