Everyone enjoys a good puzzle game to keep us occupied, and Treasure Gems for Android certainly has players scratching their heads at times – and with 280 challenging levels, we get a lot of questions from people asking how to progress, how to get more boosters, or if a certain level is even possible.

The good news is, yes, every level in Treasure Gems can be beaten, and we’ve compiled some hints & tips for becoming a match-3 master!

Tip 1 – Save Your Boosters

Boosters can make the difference between completing a difficult level and getting completely stuck, but it’s tempting to use them as soon as you can (because who doesn’t want to watch the fancy effects?). Instead you should hold onto them until you really have no choice.

Scarabs can be tricky to get all the way down to the bottom – especially if you’re running low on moves; but one easy way to beat these levels is to build-up combos on the lower-half of the screen, granting you power-gems – and in particular, the vertical ones can easily clear any scarabs above them in one move! 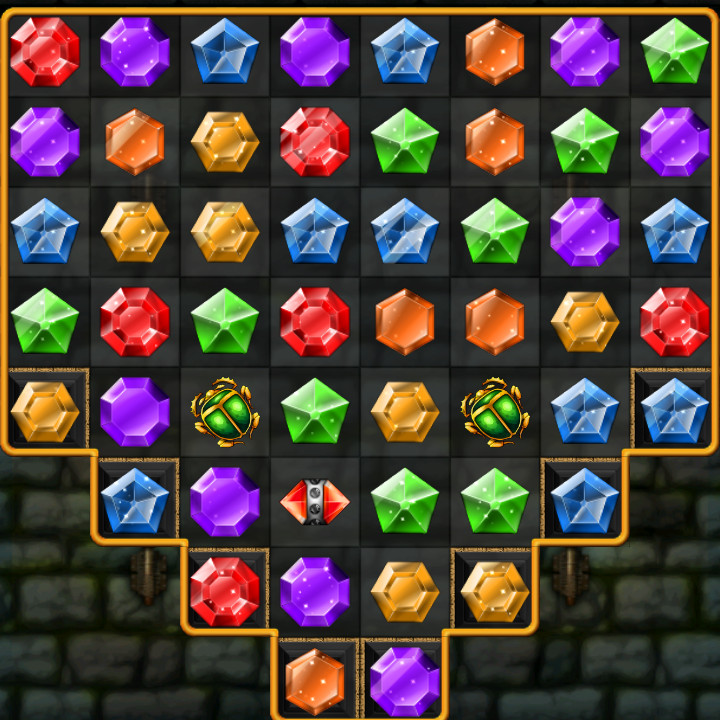 This horizonal power-gem will help clear the scarabs, but vertical ones are especially handy!

Some of the toughest levels in Treasure Gems involve clearing slime blocks. For every move you take without clearing at least one slime, another will grow on the board. Unless you clear them quickly, you can easily become overwhelmed. Slime should be your first priority! 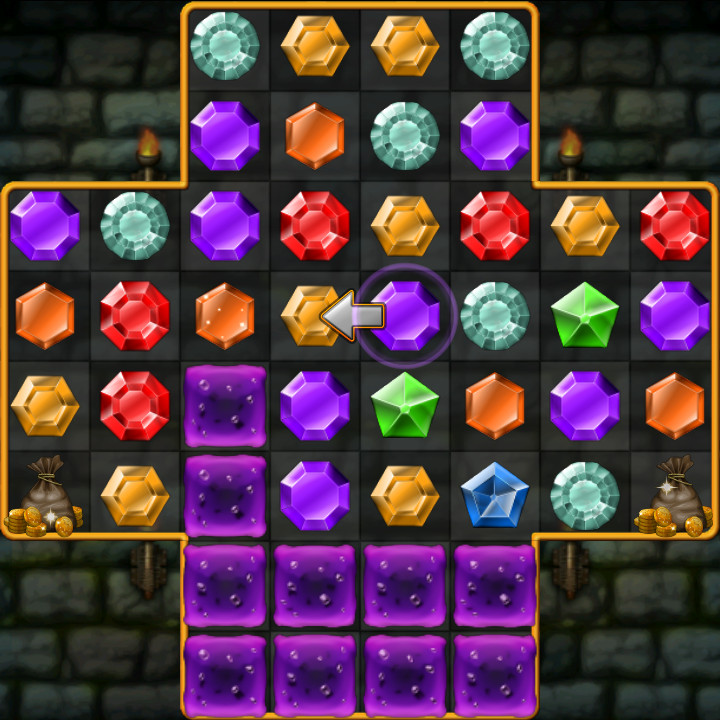 Slime-blocks will grow if you don’t take them out early.

On levels which require you to fill the board with gold tiles, look for combos that cross over existing gold tiles to spread them quickly. You usually have very limited moves on these levels, so try to touch gold with every move. 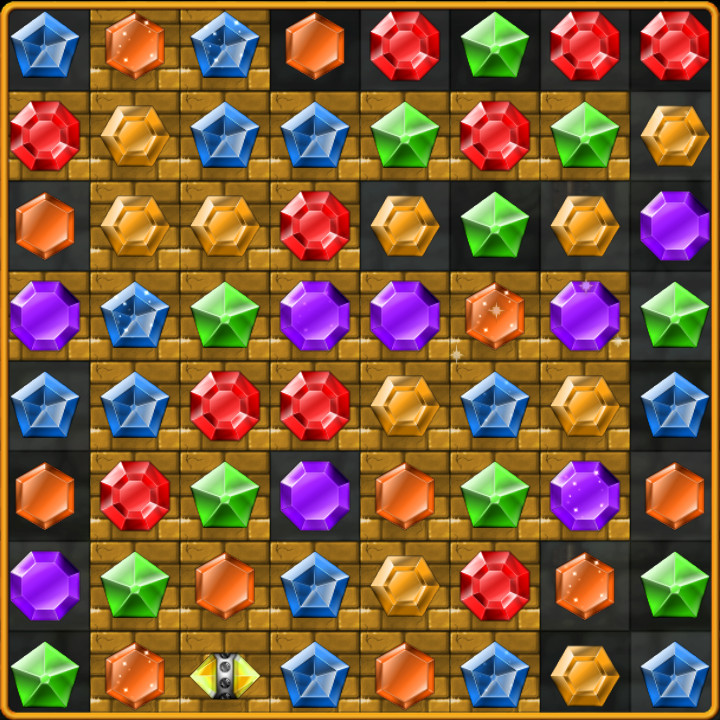 Gold tiles will spread if you build combos that touch existing gold tiles.

There are several ways to get more boosters in-game, collecting coins allows you to buy them as needed, but you can also get free random boosters every day when you start the app. Still not enough? You can double or triple the amount of coins each level rewards you by watching a video after you complete a level.

If there are bats on a level, you must clear them as soon as you can – for every move you make that doesn’t clear a bat (by breaking gems under them) – each bat will either move to a new space, or drop a tile. Learn their pattern and get them under control!

Frozen tiles will spread quickly every time you swap gems without breaking at least one bit of ice. Try to get long horizontal or vertical combos over ice with each move until all the ice is gone. 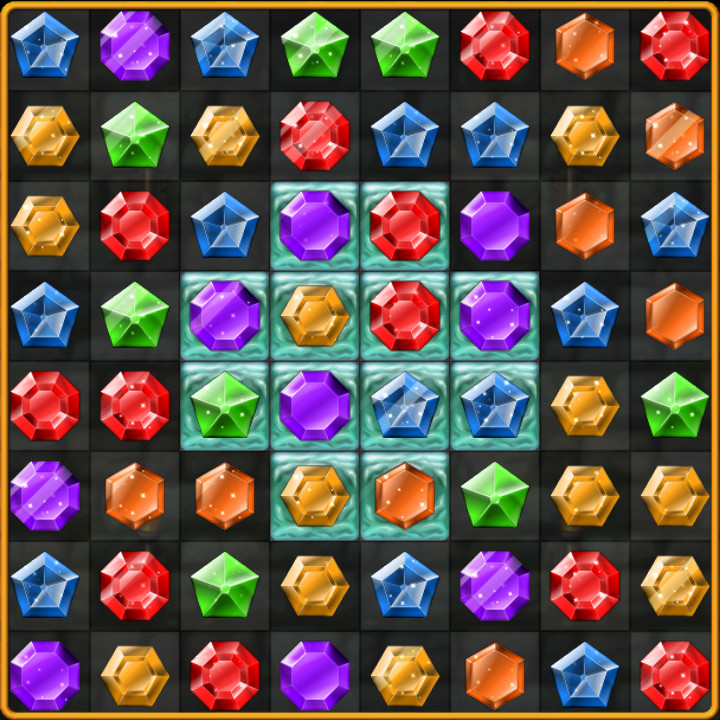 Ice tiles will spread to adjacent tiles if you don’t break them.

Tip 8 – Look for the Hint Arrow

If you’re really stuck, an arrow will appear showing which gem you can move. This may not be the only available move, and in many cases, not even the best move to take.

Tip 9 – Go Back to Previous Levels for More Rewards

If you’ve already cleared a level and only got 1 or 2 stars, it’s worth going back and trying for a higher score, which can increase your rewards.

If you’ve tried all these tips and you’re still struggling to beat a particular level, you can contact support, and we’ll be happy to assist.

That should be enough to get you started with Treasure Gems, and if we missed anything out, please let us know!